brighter future : global wind report : china dialogue brics report -rough transcript>OPen spaces of sister banks of 21st C human develop %!% peoples- role shanghai; plus 2018 opportunity: A1Brics (g20 argentina), A2Brics(aiib mumbai), A3Brics (Brics Joburg), ICE (India-China-English Language worlds). BRICKStech roads for sdgs started 1945 with nations uniting at san francisco opera house -call this ar0 and america's west coat arctic road 1.. tokyo was the first to learn smarter engineering from american deming- by early 1960's as the economist shows - japan's post industrial revolution where all co-workers live mattered had made this island number 2 economy -more productive per life than usa; it shared this knowhw down island taiwan, hk singapore and to south borean penisular we ball this br0; by 1875 the chinese diapora were the 3rd bidgest financial network- they asked japan to share beter engineering with the fift of the world's people hubbing out of beijing and better vilage sciences -agriculture from american borlaug, killer diseases of kids and mother with help of american like james grant and larry brilliant- the hard work wss done by barefoot female last mile mefics in both china and bangladesh we call bangladesh and the south asia coast to its east br2- in trade terrms rub by the brits this region extended to west pakistan port of gwadar historically owned by oman- west of pakiatan on the cntinent and acriss the gukf to the land bridge bewen old world's 3 coontinents- we label br7 (aka middle east or west asia)- we call mainland china br0; its amazing that americans did not learn from deming or japan- eg bullet trains could have conncred west coast usa aro and proved to multiply interstate win-wins so that ar2 east coast usa also linkedin - boston could be 1 hour from ny 2 hours from dc 1 hour from detroit; a bullet train infrastructure across heartland usa could have been built before china afforded to do this in late 190s; china's super-rail is a god thing for humanity- it offers chances to develop human win-wins across china's 16 borders - some of which due to eg stalin- not china's fault- remain places where people lives have not really gone beyond subsistence in these 27decades since scota smith andt started up age of man and machines- to finish othe old world we call russia and its iced up east west arcti coast br3; we call east europe br5, west europe br6, the med sea br8- east of the med sea you reach central americwhere we reach ar2; both ar1 and ar2 are long n-s coasts- waterwise ther are only connected in themiddle by the panama canal; north south mapping would be complete without mapping the west coat belt from north sea nations to eg gibraltar as br3; if a tunnel had ben built here to africa br3 could continue down west coast of africs- turning at cape town br 4 goes up east coat of africa- it forks at eg djibouti up the suexz canal bachk to the med or round yemen and uae - ng if russia is to link north south throungh to asia it needs to share the inland sea with ukraine and sails out past istanbul which divides south wast europe and west asia which is where syrua/iraq/iran locate; those who want there to still be a livable climate for our kids nedd north south artcic circle linked nations to negotiate how not to melt down the arctic circle as well as how to transition beyond oil- nb russia and the middle east nations depend on oil for trade- though some of the emirates see education as the number 1 market of the future and host superp global events on both edutech and refugeetech .
left: business leaders summit - nb china's state grid company largest in transmission world - sees its partering purpose to advise smart grids eg 7 billion $ partnerhip in brazil ; profile
of sustainability investmnet world's first 10 co-leaders : comprehensive strategic..35 years of tracking Entreprenurial Revolution (origin The Economist's Norman Macrae 1972) journalistsforhumanity 2017, at the tipping point of 2 opposite end games:big brother's big data big, or little sisters big data small- you digitally play your money to be or not to be

mexico - how many times visited - this week signed comprehensive agreement

Enduring legacy to this charming city

shared aspiration common pursuit brought us together as good friends

if we help esch other cooperative economic miracles

to bright futire of developing markets and health of your families

Newer Post Older Post Home
Subscribe to: Post Comments (Atom)
World Landbridge https://larouchepac.com/world-landbridge http://store.larouchepub.com/category-s/1839.htm
history of annual brics summits
blue economy ecommerce
Xi Jinping : The Belt and Road Initiative is not a tool to advance any geopolitical agenda, but a platform for practical cooperation. It is not a foreign aid scheme, but an initiative for interconnected development which calls for extensive consultation, joint contribution and shared benefits. I am convinced that the Belt and Road Initiative will serve as a new platform for all countries to achieve win-win cooperation."
Chinathanks.com : why not 5 bricsplus I-zones: ICE BRIC(K)S ABRICS1 america ABRICS2 Asia ABRICS3 Africa 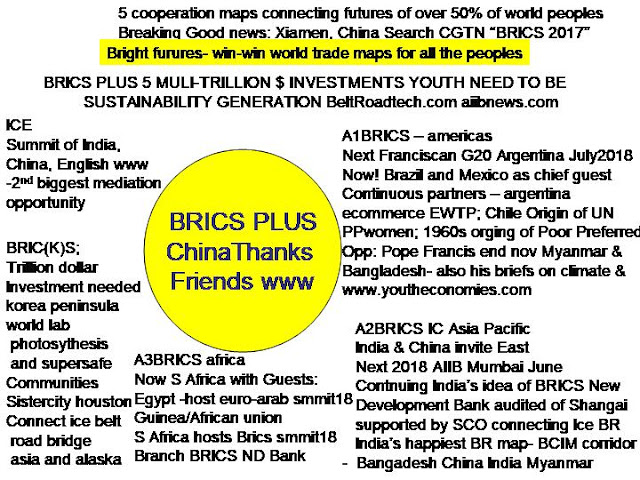 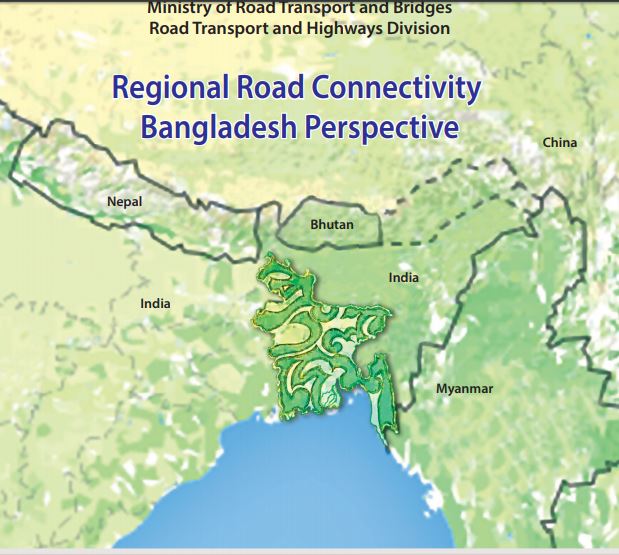